Get the Apps and Source Code from Our Document Center >

Dev Kits contain a NIC module that communicates via an Access Point (or Mini AP) and over a WAN backhaul connection to the CoAP Gateway. A CoAP Client (such as the one provided with the Dev Kit) can reach the sensor by sending requests to the Data Platform and CoAP Gateway APIs. The NIC contains a CoAP proxy server that communicates to an attached sensor via a UART interface using CoAP over HDLC. Embedded in the HDLC are CoAP calls that are handled by the sensor attached to the NIC.

Note: Itron Networked Solutions no longer supports the miniAP and strongly recommends that developers use the IoT Edge Router solution instead.

The Windows CoAP Client makes use of two APIs:

Sensor devices communicate using the Constrained Application Protocol (CoAP). Communciations with the end devices facilitated through the CoAP Gateway API. The sample Windows CoAP Server application provides the capability for a third party to simulate a sensor device connected to the Dev Kit. Source code for the application is also available for Windows developers.

Windows CoAP Server application can assume the role of the sensor device by connecting to a NIC based Dev Kit over UART.  This is a useful test tool for simulating a sensor and developing an application that consumes sensor data through the Data Platform or CoAP Gateway API's.

The CoAP Server is written in open-source C# .NET, which, in turn, leverages other open source components. Some of the underlying CoAP implementation is taken from CoAPSharp, a C# implementation provided by EXILANT Technologies. Some sample code from the SilverLink Data Platform API calls the NewtonSoft JSON serializer/deserializer. 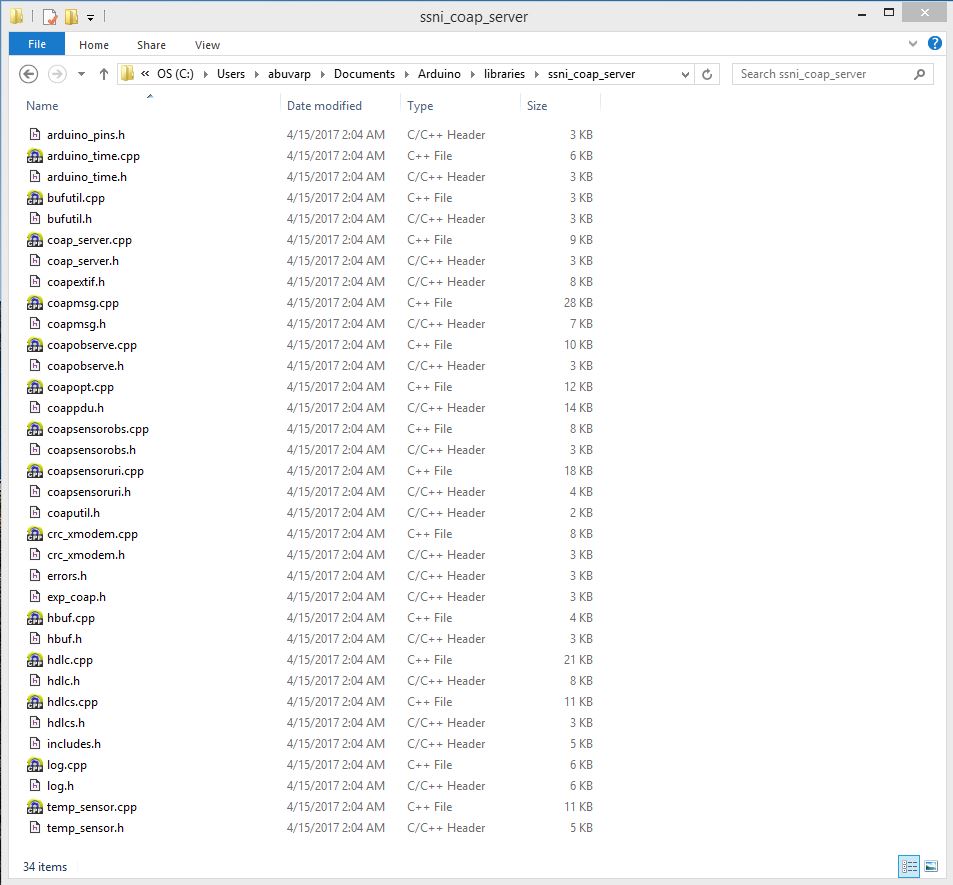 Sensor devices communicate using the Constrained Application Protocol (CoAP) through the communications module (aka NIC) based developer kits. The NIC routes the CoAP messages through the mesh via an access point (AP) and a CoAP proxy known as Gateway. The sensor device acts as a CoAP server and an application that communicates with it is a CoAP Client.