The Sensor API with temperature sensor reference application demonstrates how a sensor is implemented on an IoT device. The Milli Dev Kit Milli Shield board is compliant with the Arduino electrical and mechanical specifications. It can be attached to any MCU that supports the Arduino standards. Usually, the Milli Shield board is fitted on top of an MCU board. Sensors are wired to the shield connectors as needed.

The Sensor API reference source can be made to work on other MCU boards but may require minor code changes.

From the Developer Portal, you can purchase a Milli Dev Kit with the Adafruit Metro M0 Express (or you may purchase the Adafruit processor separately) using the following links:

The temperature sensor code is incorporated into the devices Sensor API code, which reads the sensor when requested (or when a CoAP observation is generated). Sensor API has an integral CoAP server which proxies CoAP through the attached Milli Shield. The Milli Shield and the Sensor API code use HDLC as a link protocol over a serial connection.

The below drawing shows the communication path from Sensor to Client: 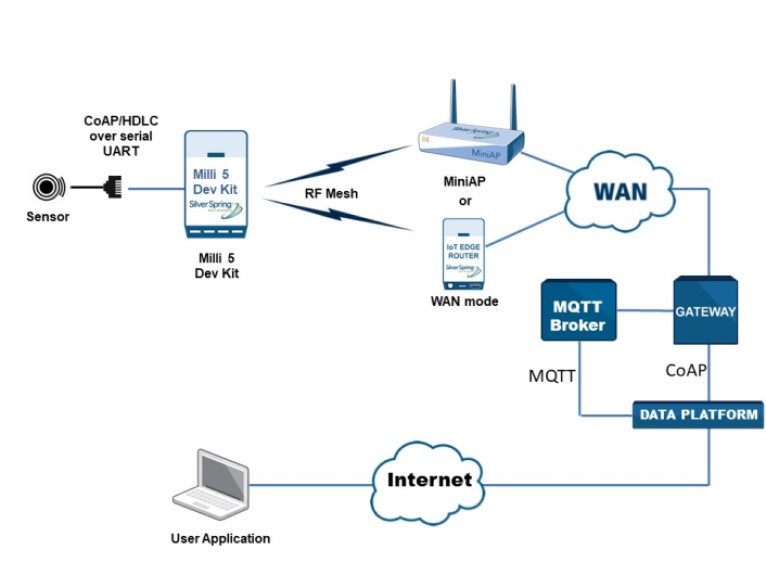 Either a Milli Dev Kit with an Adafruit Metro M0 Express board including:

OR a Milli Dev Kit with an Adafruit Metro M0 Express board purchased elsewhere:

Setup for the hardware is described here.

Additionally, you will need the following parts (links provided in the list of hardware resources to the right):

Once you have the hardware components assembled, you will need to load the Sensor API reference package onto your Adafruit Metro M0 Express board. There are two options to load this software onto the application processor:

Option 1) Load a complete, fully built UF2 (USB Flashing Format) image directly onto the board. Many manufacturers are providing UF2 flashing support and STM are among these.
Option 2) Set up a development environment, get the source code from the GitHub git repo, and build the UF2 file. Then follow option one.

It is recommended to start with, that you use option 1. This allows you to prove that the end-to-end data communication path is working. It is easier to resolve network problems before you add the complexity of a development environment.

For other MCU boards, the only option is to use a development environment and build a version of the Sensor API reference package specific to the target MCU.

This process works with a UF2 bootloader image. The UF2 image includes everything needed to support the Adafruit Metro M0 Express board, including the Sensor API reference application (with integral CoAP Server) and temperature sensor.
The steps to complete this process are as follows:

Once the METROBOOT disk disappears, the large LED will no longer be illuminated on the Adafruit board, and the board is now ready to support the Milli Sensor API reference application!

Using a Development Environment (All Boards)

Itron currently recommends the use of the JetBrains CLion IDE for building and modifying the Sensor API reference package. CLion is a flexible IDE that easily supports the GNU set of cross compilers as well as the Segger J-Link debug probes. This IDE allows for straight forward porting of the Sensor API package to different MCU boards.

Detailed instructions on setting up the CLion development environment and building the Sensor API reference package are provided here.

The following CoAP client can be used to communicate with a Milli Dev Kit:

Milli Shield Stacked on an Arduino 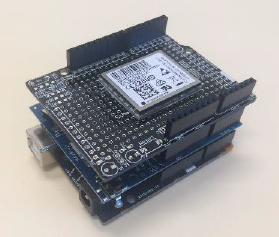 Additinal information on seting up the DHT-11 temperature sensor is provided in this section. For instructions on setting up your Dev Kit, refer to the Milli Developer Kit v1.0 Getting Started Guide.

The folowing image illustrates how your hardware set-up should look on complete installation and setup of the Milli Developer Kit with the DHT-11 temperature sensor: 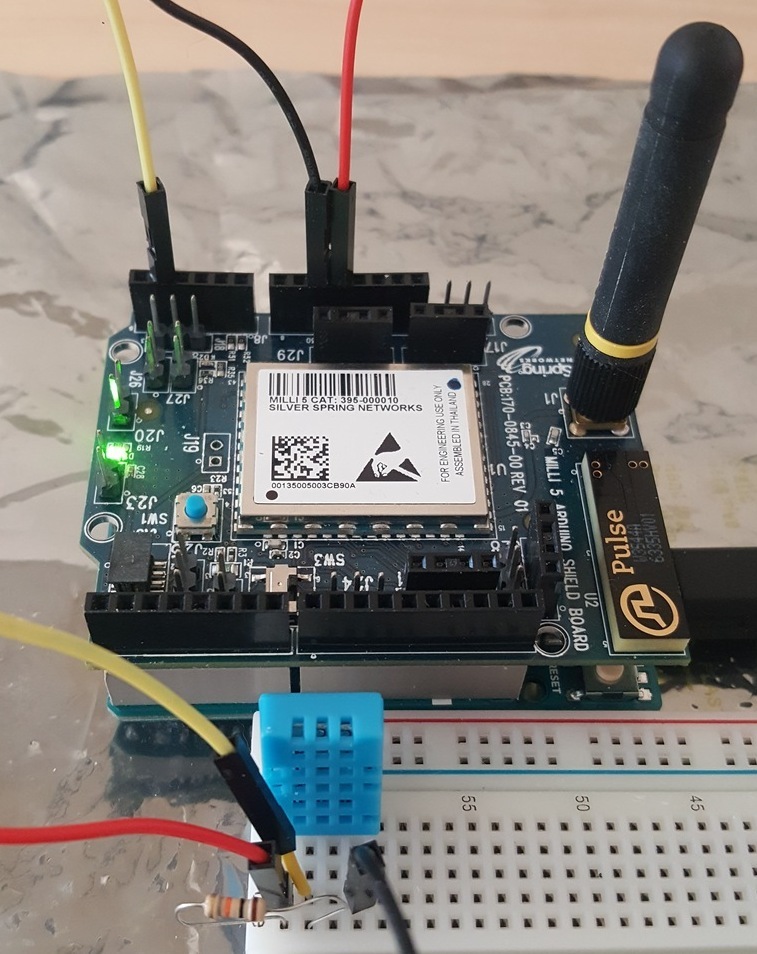 See image below for a visual reference to the 4-pin DHT-11 temperature sensor with a 10K Ohm pull-up resistor: 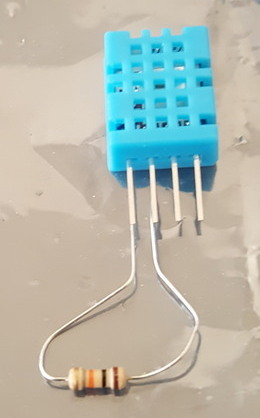 To connect the Adafruit DHT11 to your Milli Developer Kit stack:

Add Your Own Sensor

The following CoAP resources are made available by Sensor API for the temperature sensor. These resources would be used in conjunction with a CoAP client.

Resources are described by the following:

The following CoAP resources are made available by Sensor API for the temperature sensor. These resources would be used in conjunction with a CoAP client.
Resources are described by the following:

The URI is composed of three parts: /<prefix>/<classifier>/<sensor name> where

To set the temperature sensor configuration:

To get the  temperature sensor configuration:

To read the temperature sensor:

To request an observe on the temperature sensor:

To get the current network time setting of the device (which is automatically kept by Sensor API) use the following resource:

The Diagnostic Port can be used to set Developer Kit system variables, to update the Milli NIC firmware, and set other preferences. 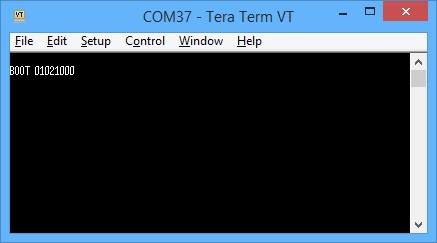 For a CoAP client that needs to:

If you have a Microsoft Windows PC, you can download and install the Windows CoAP Client Application. This tool provides an easy-to-use user interface for communicating with Milli Developer Kit based sensor devices. Follow the instructions to install the client application.

Almost all CoAP Core implementations include sample CoAP clients. Some work better than others. All have limitations and bugs.

Integral to the Itron network is a CoAP proxy that provides user authentication and security support. Please refer to the CoAP Gateway API for details on Gateway specific CoAP resources and Gateway session management. For access to a Milli Developer Kit HDK, all CoAP requests must proxy through the Gateway. Not direct to device CoAP is supported.